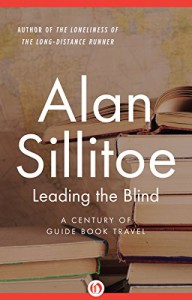 Readers who are familiar with literature of the eighteenth, nineteenth and early twentieth centuries have probably heard about the Grand Tour, a kind of educational right of passage for the young and wealthy. Some readers could probably even name the titles of some of the guidebooks these travelers used to support their appreciation of the countries they happened to be visiting. E.M. Forster perhaps makes one of the most memorable accounts of their use in his novel, A Room with a View:

If you will not think me rude, we residents sometimes pity you poor tourists not a little—handed about like a parcel of goods from Venice to Florence, from Florence to Rome, living herded together in pensions or hotels, quite unconscious of anything that is outside Baedeker, their one anxiety to get 'done' or 'through' and go on somewhere else.

As shown by Forster, travel guides like Baedeker’s did not have universal appeal, especially for those who believed that such books took away from the traveler’s ability to actually see and experience the culture of the countries they visited. While there is some truth in this, as Alan Sillitoe illustrates in this work, these travel guides can also provide some fascinating insights and anecdotes, as well as some potentially useful information and tips for the inexperienced traveler.

The chapters of Sillitoe’s book focus on prominent locations for the Grand Tour, providing overviews of how various guidebooks of the time presented these locales, referencing local cultural legends, prominent landmarks, as well as informational tips concerning passports (when they should be obtained and where), how to approach customs agents (be prepared to offer a tip/gift), hygiene management (the addition of spirits into drinking water to ward off disease, warnings to stay indoors at night to avoid insects) and the like. The guidebooks are quite engaging through Sillitoe’s presentation; and it is interesting to observe how local legends change over time with the added sensational embellishments that give those original tales their legendary status. Sillitoe’s inclusion of guidebook quotes allows readers to gain insights into the conversational tone of these books, which most likely enhanced their popularity. As well, the quotes also provide strong evidence of the Victorian imperialistic ideology that was heavily present during the time…the superiority of the educated foreigner over the primitive and potentially uneducated natives and peasants of the land.

Overall, Sillitoe’s history provides an intriguing overview of nineteenth and early twentieth century guidebooks. His engaging presentation could interest any reader and perhaps encourage them to pursue a more scholarly study of the original source materials.